Mr. Bales has been internationally recognized for well over two decades. He has been a special consultant to hosts of NBC’s “The Today Show” and has interviewed with NBC Nightly News, MSNBC, CNBC, CNN, Anderson Cooper 360, The Today Show, Comcast Morning Show, Bloomberg News, The Glenn Beck Show and more. He has been quoted in the New York Times, New York Post, The Wall Street Journal, The London Times, MLex International Magazine, People & Wired Magazines and others, as well as an uncountable number of radio talk shows, books and many other International, National and Local Media Outlets over the past two decades.

Ms. Gardner assists in high-profile case strategies within all of our divisions. She is Co-Founder and former Chief Consultant of Federal Prison Consultants, our flagship division. Cindy has been zealously advocating for federal and state defendants and inmates for over 20 years.

Sean R. Francis has spent over ten years as an inmate incarcerated within the Federal Bureau of Prisons. During his incarceration he was housed in multiple federal prisons including high, medium and low security institutions. He has also served multiple years on Supervised Release, successfully completing his final sentence in 2013.

Since his release Sean has earned a paralegal certificate, bachelor’s degree in legal studies and will soon complete his master’s degree in legal studies. He intimately recognizes the challenges and fears those entering federal prison will encounter. While in prison Sean grew determined to change and find a way to help people through his own expeirance. His desire to help those who find themselves in the unfortunate situation of entering the federal criminal justice system and the Bureau of Prisons has brought him to Justice Solutions of America.

Ralph Miller has over 24 years of experience working with the Bureau of Prisons. He retired in September 2017 while employed at the Designation and Sentence Computation Center where he was employed as a Senior Designator. Being a subject matter expert in the classification and designation of federal defendants, he specializes in sex offender classification and designations.  Mr. Miller was also an instructor at the National Correctional Academy in the classification of inmates. During his career he was also training instructor, unit manager and case manager where he received numerous awards and recognition for his work.

“I want to utilize my experience and expertise to ensure offenders are appropriately classified and housed in facilities commensurate with their security needs.  I also want to offenders to be aware of judicial recommendations that that will maximize their programming needs coupled with a placement in a facility that will maintain their family ties during their term of imprisonment.  “

Shakeerah Hameen is a Senior Federal and State Prison Advisor. Shakeerah has more than 20 years of experience with Justice Solutions of America, Inc. In addition to her federal and state prison advocacy experience of over 30 years, Shakeerah’s expertise spans the areas of sentencing mitigation, parole, pardons and sentence commutations. She is responsible for these services within several of our divisions.

Mr. Godinez is a member of the Justice Solutions of America, Inc. Board of Advisors. He has served in the field of corrections for 42 years. Most recently he served as Illinois Department of Corrections (IDOC) Director for the past seven years. He also served as Executive Director of the Cook County Department of Corrections (CCDC) for five years. He has spent 27 years of his 42-year career in corrections in the State of Illinois. While at the IDOC he enacted major efficiency measures which dramatically reduced facility-related costs while not compromising safety and security. He also oversaw the continued provision of complete medical and mental health care to an average daily inmate population of 47,500 over the past fiscal years. 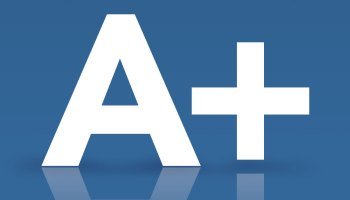