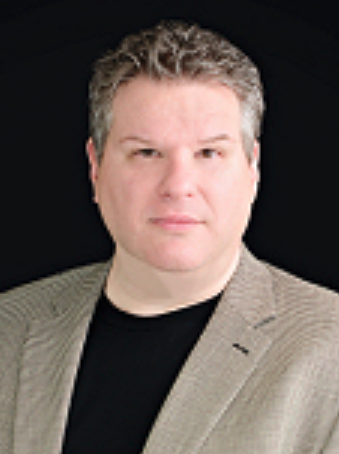 Mr. Bales is the Founder of Justice Solutions of America, Inc. and its divisions. He is also the pioneer of the Federal & State Prison Consulting and Advocacy Industry and has earned the following:

Mr. Bales has been internationally recognized for well over two decades. He has been a special consultant to hosts of NBC’s “The Today Show” and has interviewed with NBC Nightly News, MSNBC, CNBC, CNN, Anderson Cooper 360, The Today Show, Comcast Morning Show, Bloomberg News, The Glenn Beck Show and more. He has been quoted in the New York Times, New York Post, The Wall Street Journal, The London Times, MLex International Magazine, People & Wired Magazines and others, as well as an uncountable number of radio talk shows, books and many other International, National and Local Media Outlets over the past two decades.

Cindy Gardner is our CEO. Ms. Gardner assists in high-profile case strategies within all of our divisions. She is Co-Founder and former Chief Consultant of Federal Prison Consultants, our flagship division. Cindy has been zealously advocating for federal and state defendants and inmates for over 20 years. She brings a unique perspective as a close family member went to federal prison almost 30 years ago. Ms. Gardner is also a seasoned paralegal who worked at her father's law practice before his passing in 1994. As a mother of three, she brings additional expertise in mental health issues from a mother and wife's perspective.

Julie Prescott had a 24-year career with the Federal Bureau of Prisons. Julie's knowledge and experience spans her responsibilities as a Case Manager, Disciplinary Hearing Officer, and Case Management Coordinator in a Federal Correction Institution and a Federal Medical Center. She has expert knowledge in classification and designation issues, compassionate release/reduction in sentence, inmate discipline, residential reentry center/home confinement, mental health commitments and administrative remedies. Julie has been advocating for federal and state inmates with Justice Solutions of America, Inc. for more than 10 years.

Ralph Miller has over 24 years of experience working with the Bureau of Prisons. He retired in September 2017 while employed at the Designation and Sentence Computation Center where he was employed as a Senior Designator. Being a subject matter expert in the classification and designation of federal defendants, he specializes in sex offender classification and designations. Mr. Miller was also an instructor at the National Correctional Academy in the classification of inmates. During his career he was also training instructor, unit manager and case manager where he received numerous awards and recognition for his work.

Michael Rivera is a former Deputy U.S. Marshal. He has over nine years of local and federal law enforcement experience. Michael is well versed in the intricacies of the federal Sexual Offender Registration Notification Act (SORNA), as well as the collateral consequences of a federal sexual offense conviction. As a Deputy U.S. Marshal, part of Michael’s duties were to understand/enforce SORNA and apprehend violators who failed to register. Michael also spent time as an inmate in the Federal Bureau of Prisons for a Tier I sexual offense. Michael has a passion for teaching others how to lawfully navigate SORNA and the various state laws that are attached. He has an in-depth knowledge of SORNA, first-hand knowledge of the Federal Bureau of Prison’s sexual offender treatment program and carries a unique perspective through the lens of a former federal agent and former federal prisoner. He is currently studying for his Information Security certifications.

Renee Bauer has worked with Departments of corrections for over 20 years specifically working with re-entry programs and transitioning inmates back to society. She formerly worked as the Executive Director of Prairie Gold Homes, a Nebraska based training and re-entry program. Ms. Bauer was appointed to the Montana Board of Pardons and Parole in 2017.

Ron Ward is the author of the popular book, The Dirty Side of Leadership. He previously served as Academy Director of the Federal Probation and Pretrial Services Academy at the Federal Law Enforcement Training Center (FLETC) in Charleston, South Carolina. In addition to these responsibilities, from 2102 to 2018, Ron oversaw the US Probation and Pretrial National Wellness Committee and is certified in Crisis Incident Stress Management. As Academy Director, Ron was responsible for training all newly hired U.S. Probation and Pretrial Services Officers, and the certification and recertification of the agency's firearms, safety, and search team instructors. From August 2012 to September 2014, Ron served as Chair of the Federal Law Enforcement Training Accreditation Board of Directors (FLETA) for all major federal law enforcement agencies in the United States.

Dr. Lewis is the founder of the Growth Alliance, a network of individuals and organizations who are passionate about social reform, advocating collective impact, social responsibility and changing the conversation around punishment. Dr. Lewis specializes in correctional relationships and is the author of Therapeutic Correctional Relationships, a research informed practitioner’s guide to developing relationships and mending relational ruptures within correctional practice. She has been a Senior Consultant for the Council of Europe and focuses her efforts on training, coaching and advising practitioners, leaders and institutions, to support them in creating safe environments. Dr. Lewis brings a unique European correctional perspective to Justice Solutions of America, Inc. and we are so happy to have her on our Board of Advisors.

Shakeerah Hameen is a Senior Federal and State Prison Advisor. Shakeerah has more than 20 years of experience with Justice Solutions of America, Inc. In addition to her federal and state prison advocacy experience of over 30 years, Shakeerah’s expertise spans the areas of sentencing mitigation, parole, pardons and sentence commutations.
WordPress Image Lightbox Plugin